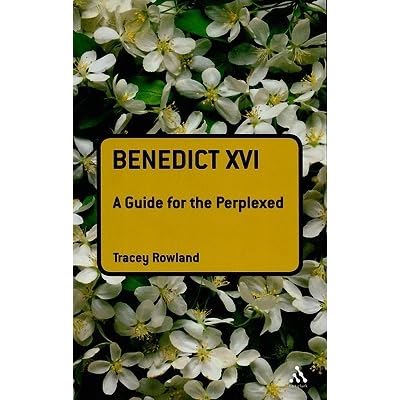 Schumacher eds. The Philosophy of Nature, Chance, and Miracle.

Biblical Criticism: A Guide for the Perplexed

Yong Huang - - Bloomsbury Publishing. The Guide of the Perplexed. Beatrice H. Zedler - - New Scholasticism 38 3 Downloads Sorry, there are not enough data points to plot this chart. While Peter's book was never going to be as marketable or salacious as Christopher's, it is unquestionably superior.

Bristling with a kind of Chestertonian fury, The Rage against God is not so much a defence of God as it is one of the most powerful and sustained critiques of both the self-satisfied and baselessly smug cultural climate of the last five decades in the UK, and of the utterly impotent church that posed so little resistance to it, having traded its birthright in the form of the Book of Common Prayer and the Authorized Version of the Bible for the insipid slop of liturgical banality and flaccid liberalism.

With this book, Peter Hitchens confirms himself as the rightful heir to G. Chesterton's legacy. That being said, Christopher's book is a masterpiece. Its intellectual gravitas represents a stinging rebuke to all those shallow-minded sycophants who have latched onto Hitchens of late as a kind of prophet of the god-less age to come, but have failed to recognize the extent to which Marxism and Christianity have shaped his political and moral commitments.

Christopher's book also underscores the depth of commonality between his and Peter's thought. You cannot, it seems to me, appreciate Hitch without also reading The Rage against God. This is the third enormous tome that the prolific Slovenian philosopher has published since While some of his cult-celebrity may have waned, his capacity to lay bare the inherent contradictions, hypocrisies and disavowed fantasies that structure global capitalism remains as trenchant as ever.

His relentless interrogations of Hegel, Marx and the "eternal idea of Communism" are revelations, and one can never quite look at the world the same way again.

With this book, Zizek demonstrates yet again that he is the one truly indispensable "theologian" of the idolatries and intricate mysteries of late-capitalism. It is an uncommonly judicious account of the legacy of this epochal pontificate including a very fine examination of the pope's relationship to the notorious and diabolical founder of the Legionaries of Christ, Marcial Maciel , and sheds fresh light on the vitality of the theological friendship between John Paul II and Joseph Ratzinger, especially in that final decade of the pontificate.

John Paul II is too significant a figure to be ignored or dismissed, and Weigel remains the surest guide through this extraordinary life. The re-engagement between theology, religion and politics over the past decade has been one of the defining intellectual trends. But the publications that have emerged from the mingling of these explosive elements are most often vague and platitudinous, and represent little that actually informs any of the original disciplines.

This is what places Luke Bretherton's book in a class of its own. It is a serious theological engagement with concrete political problems in such a way that it redefines the political domain itself and demonstrates the potency of Christian thinking. The chapter on asylum seekers in particular is worth the price of the book.

Bretherton consistently shows that a truly radical or integral politics lies at neither end of political spectrum, but rather in a deep recovery of the political insights of Christianity. And likewise, that a truly moral politics cannot be practiced today without a preparedness to pursue a good in common in a particular place, in the presence of one's actual neighbours. He thereby mounts the most devastating critique I have read of the cheap, utterly conformist pseudo-radicalism - or slacktivism - fostered by social networking sites.

Eliot and Christianity Cambridge: Lutterworth, This magnificent study of the influence of Anglo-Catholicism on the poetry and political thought of the greatest poet of the twentieth century is quite simply without peer. Spurr elucidates without ever 'explaining away', and allows us to see T. Eliot in all his awful and mesmerizing splendour.

But far from merely opening up a window onto the internal life of this poet, Spurr manages to sharpen Eliot's critique of the process of moral and cultural atrophy in the West better than anyone I know. If Spurr's book tells us anything, it is that Eliot's abiding contribution to Western culture may not simply be aesthetic, but also political and prophetic. This list began with Pope Benedict, and it only seems right to end with him as well.

Tracey Rowland follows her stunning book, Ratzinger's Faith , with this far more detailed, meticulous introduction to the theology of and theological and philosophical influence on the pontiff. While Rowland has been criticized for not paying adequate attention to the shifts and ruptures within Benedict's thought, the synchronous portrait that emerges is nonetheless a compelling one, which conveys the deep sense of intellectual rigour, moral urgency and pastoral commitment that continue to define this pope. There is no better guide to the most important theologian of our time than Tracey Rowland.

But one has to draw the line someplace. Now, over to you